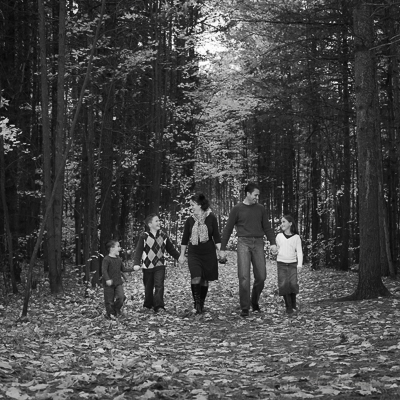 began their ministry here in Pembroke after meeting in Stockton, California at Christian Life College. They were married in Pembroke in August of 1997. Their first child, Samuel Ross, was born on January 26th of 2003. Jazzlyn Renee, their second child, was born in May of 2004. Their third child, Ryan David, was born on August 14th, 2007, making their family complete. Rev. Abbott became the Assistant Pastor at ELUPC in June of 1997. Upon former Pastor Ross Kingsley's retirement in January 2002, Rev. Abbott was voted in as Pastor of Emmanuel Lighthouse. They are both heavily involved in the church, from music to Sunday School to general ministry. Lana Abbott was born in Mississauga, Ontario, while Rev. Dustin Abbott was born in Stockton, California and raised in Scottsdale, Arizona. Pastor Abbott is a published author along with being a professional photographer whose work is viewed by millions around the world and has been published in many different venues.  He serve in the Ontario District of the UPCI as Presbyter, Media Missions Director, and as the Administrative Dean for Ontario Leadership Centres. 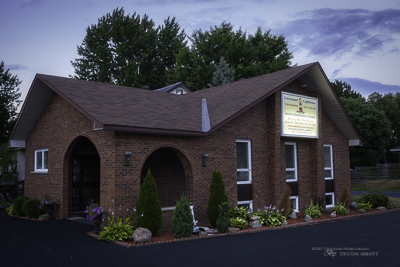 Emmanuel Lighthouse UPC was founded in the early 50's by Rev. Lewis Rabbie. The church has been at the same location throughout that entire period, although following pastors modified the existing structure. In 1997 the church purchased the adjoining property and home in view of future expansion. Emmanuel Lighthouse has enjoyed the ministry of quite a few pastors since the founding of the church by Rev. Rabbie. Following pastors have been: Rev. David Tolman, Rev. William Cooling, Rev. Paul Reynolds, Rev. Victor Leavitt, Rev. Wayne Kleinstuber, & Rev. Robert Fuller. In 1973 Rev. Ross Kingsley became the pastor, and dedicated almost thirty years of his life to pastoring this work. The church prospered under his leadership and many of the structural expansions to the building came under his ministry. In January of 2002 he was followed by the current pastor, Rev. Dustin Abbott. Rev. Kingsley has remained an asset to the church, providing leadership as an Elder and Senior Minister on Staff. The church has stood strong for six decades and has seen countless many come to know the Lord Jesus.  It has also produced many ministers and minister's wives who serve the Lord in multiple countries.  We also minister to the thousands of servicemen and servicewomen at Canadian Forces Base Petawawa.